A browser designed for the web developers

Mozilla has released a new version of Firefox that is aimed towards web developers called Firefox Developer Edition.

Apart from the different, darker, theme that can be changed if you so desire, Firefox Developer Edition comes with various new features that can be very helpful to web developers and Firefox extension/OS applications developers.

A few examples are:

Responsive Design View: A feature that allows you to test and see how your websites or web applications will look under different resolutions. Moreover, Firefox Developer Edition comes with a feature called WebIDE. WebIDE enables Firefox OS application developers to write, run and test their applications within the browser itself using simulation. The nice part about this feature is that is allows you to target specific versions of Firefox OS which means you can now test how your application will behave under different versions of Firefox OS with ease.

Valence: Allows you to test your applications across multiple browsers and devices.

Web Audio Editor: Inspect and interact with Web Audio API in real time to ensure that all audio nodes are connected in the way you expect.

Eyedropper: Copy the color of any pixel in the browser simply by mouseovering and clicking on the area you want.

Of course the features above are just an addition to the features the normal version Firefox has which we all know and love.

Overall, although the additions may not be compelling enough to have you rush to install this version, this is surely a step to the right direction since a developer targeted browser is something that a lot of people are interested in.

You can download Firefox Developer Edition by clicking the link below or by visiting Mozilla’s download page.

Firebug v2 has been released. The new Firebug version adds support for Firefox 30 and up to Firefox 32.

For those that are unaware what Firebug is, Firebug is a Firefox plugin that enables you to edit, debug, and monitor CSS, HTML, and JavaScript live in any web page. A must have plugin for web developers that want to troubleshoot their websites under Firefox.

Firebug 2 introduces a few new features, such as:

You can download Firebug 2 by clicking the button bellow.

How to make Firefox ask to save tabs on exit

Sadly the newer versions of Firefox no longer ask you if you want to save the open tabs when you close Firefox. This is probably because of the new feature that has been implemented in the general options which allows Firefox to always remember the open tabs and windows upon closing. 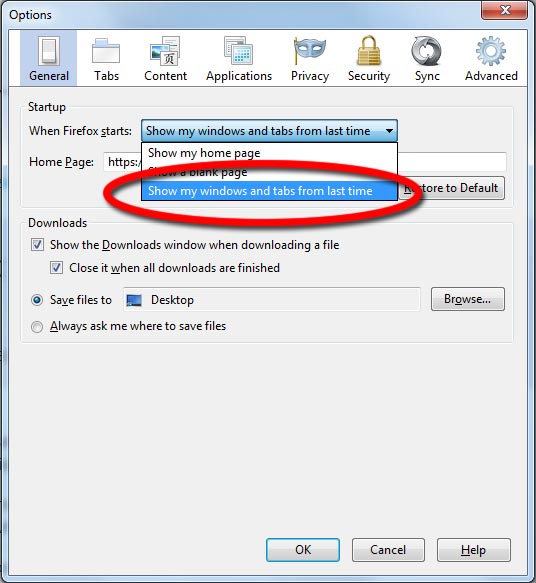 But what happens if you don’t always want to save the open tabs ?

To get back the original functionality of Firefox, that used to show a message on exit asking if we want to save the open tabs or not we need to dig a bit in Firefox’s configuration settings.

Now everytime you will close Firefox (assuming you have tabs open) you will get a message asking you if you want to save the current tabs or not.

Firefox 6 and higher support a new feature that will automatically color the domain name and the top level domain black, greying out the rest of the URL.

Since this feature is enabled by default in the latest versions you might want to disable it if you don’t like the way Firefox is displaying the URL in the address bar. If that is the case simply follow the steps below.

How to disable Firefox’s url formatting.

The URL in the address bar should now be colored in black only.

If you are worried about your privacy and you don’t want others to able to find out the last websites you visited then an addition solution to disabling the history is to disable the recently closed tabs and recently closed windows as well.

In order to do that you will need to following the steps below:

And as always, if you are making changes to Firefox’s configuration, it is always wise to restart Firefox once the changes have been made.